By Lost Explorer ReviewsApril 20, 2020May 4th, 2020Review, Thriller/Crime
No Comments 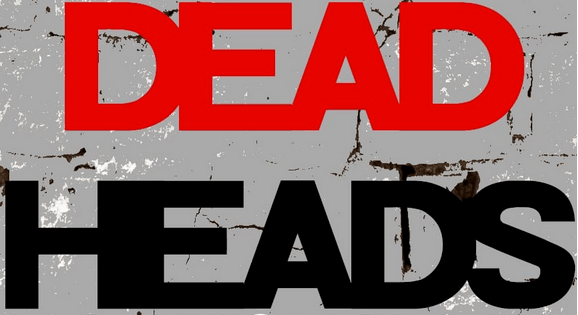 Augustan Blunt is a washed-out cop with a bad attitude, a drinking problem and a troubled past, oh, he’s also dead but that’s okay so is everyone else. Other than that things are just peachy. 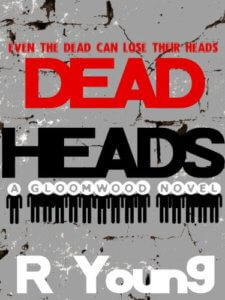 Someone has stolen the Grim Reaper’s head and Blunt has been told to find it. In a new city where the rules of the living don’t apply Blunt’s up to his neck in the brown stuff and he’s never been much of a swimmer. With the aid of a woman who keeps turning involuntarily invisible, a journalist who hasn’t written an article since she died, and a bureaucrat who can’t say no to anyone, Blunt’s got to stop whoever is stealing the heads of the city’s elite.

As he begins his investigations he finds things aren’t all they seem. Who are the Gloomwood Youth Order? What do you call the murder of someone already dead? Why are people having their heads chopped off? And what is in the hot dogs? With time slipping away he needs to learn what makes the city tick before there’s no city left.

Isolation. Soft house arrest. Widespread Panic. Unemployment. Pandemic. Like most Earth inhabitants, this is my reality right now. At a time when it feels like we are on the cusp of living in a dystopian nightmare at the mercy of corrupt governments and Flu-like symptoms, this may have not been the best book to read right now. In the spirit of transparency, I only got through 40% of this book, and it took me almost 3 months to do that. I started this book well before we were living in a pandemic nightmare, and I went through periods of getting hooked by good writing and then just not wanting to pick it up again.

Gloom Wood is a landing place for the dead. Not everyone, just the ones who belong in a place called “Gloom Wood” because, well, most people that end up there are mostly gloomy. The Grim Reaper rules over this land with an iron scythe. But, SUPRISE! A conspiracy is unfolding! Someone has stolen The Grim Reaper’s head (which is mostly OK, because if you’re already dead, losing your head won’t erase you from existence unless they destroy your skull). A newly dead detective, Blunt, is put in charge of the investigation in a world where he doesn’t know the rules, everyone is just as unpleasant as he is, and also very unhelpful. After a second victim (a prominent Marquis) gets decapitated at one of his many parties full of beautiful (but also unpleasant) friends, this might be the start of an uprising. Will Blunt solve the case before it’s too late?!

I genuinely enjoyed the beginning of this book! The dialogue was funny and witty. It was full of great writing, such as,

“He did not look back fondly on times gone by, and he did not consider all the things that he would never experience. When he finally choked, coughing out his death rattle, he felt no need to whisper some poignant final words.”

I was genuinely excited to keep reading when this world was unfolding before me. I thought the concept of death being sent to a terminal was profound!

I loved the concept of hopes, promises, and dreams appearing in the land of the dead as characters. The idea that our hopes are potential for life and are concrete things that we imagine into existence is beautiful. It makes me feel like we have real creative power just by evaluating our lives and exploring our options and possibilities. It made me feel so much less insignificant. I just really found that concept to be inspiring.

I thought the author constructed a finely-crafted world. There was a lot of unnecessary explanations, but that also makes me realize that the author has spent a lot of time creating this world. I respect that immensely. You can tell how much of his soul the author has poured into this series, and although this book might not be my favorite, I think there are people who will really appreciate and enjoy this complex storyline.

There is some real wit in this book, which I really enjoyed.

I feel like this book started off so well, but around page 60, the plot veered off and started adventuring through the weeds.

There was only one character in this book that I actually liked because she wasn’t a jerk. Everyone else in this book is rude, judgemental, and unpleasant. This makes sense — the place is called Gloom Wood, they aren’t there because of their sparkling personalities, but reading about unlikeable people for so long got to me. There might be some character development to redeem some of them, but if there is, it didn’t happen quickly enough to captivate me.

Blunt has a very interesting gift that I’ve named his “detective 6th sense” when he just magically knew things because he’s a detective. I felt like the detailed explanations in the book could have been better applied to these deductions he makes.

There was quite a bit of exposition that was supposed to answer questions such as how the economy of Gloom Wood functions, or how someone still experiences pain, how the police system works, how the spreading of news works; but I felt like these explanations just raised more questions for me. I understand that the author was trying to make everything in this new world make sense and run seamlessly, but it seems like he underestimated the enjoy-ability of good old-fashioned suspension of disbelief. As a fictional book, I didn’t need a peek (or a tour) behind the curtain to see all the mechanisms to add to the believability. Those parts of the book were tedious, and I put the book down and didn’t come back to it for days.

Initially, when Blunt is in the terminal, he is shown a video about Gloom Wood. I thought that was such an inventive way to explain and introduce the world. I wish there was more explanation so that there didn’t have to be so much time wasted on exposition.

I found the narration very misogynistic and gloomy. It’s also really steeped in diet culture, which I didn’t like. The way the narrator describes fat characters is rude and actually a splash offensive.

“Clever”
“Accurate”
“What a peaceful way to die.”
“Great banter, great dialogue!”
“Interesting lemon analogy…”
“Hahahaha”
“*eye roll*”
“Eh?”
“He just knew this information because detective? That’s a bit of a stretch.”
“Lol, dead Dad Jokes”
“What’s the point of eating if they are already dead? How do they get food? Do they grow it? Does it appear? Do they re-harvest dead animals? Do they still even have bodies?”
“Relatable.”

I feel like if you would enjoy shows like NCIS, Chicago PD, Chicago Fire, this would definitely be your jam.

Anyone who deals with depression.

I don’t actually think I’ve read a book like this!