Hollywood has painted itself into a corner with its recent (and not-so-recent) fascination with superheroes, and Logan seems like a breath of fresh air for the floundering Hollywood creative. Let me explain.

This week my wife and I went with some good friends to see the the new Logan movie.

The last X-men movie I saw was X-3: The Last Stand; so I have ‘missed’ Origins: Wolverine, First Class, The Wolverine, Days of Future Past, and Apocalypse. Besides my growing fatigue of super-hero movies in general, I’m especially tired of the Marvel universe and the repetition of the same story over and over again with different characters in different locations. I tried Daredevil on Netflix and was bored, I tried Iron Fist which captured my attention for an evening before I forgot about it. I never bothered with the new Incredible Spiderman movies, Agents of Shield, or Doctor Strange. But without watching them I bet I can recite the plots for each of them right now:

I’ll be honest, I really liked the first Ironman, the Avengers, and Guardians of the Galaxy. I would say mostly because they were original when they came out, they were different, and mostly I think it was due to the fact they were comedies first with a heavy helping of action sauce.

I wasn’t excited to see Logan for the exact reasons above, I was expecting more of the same. I mean, how many times can you make a movie about a guy with knives coming out of his fists who can’t die? How many variations of “I punch you and stab you at the same time” can there possibly be?

But I was surprised. Not wildly surprised, but I enjoyed the movie. It gave me the feels. And I think it succeeded for the same reasons that every Superman movie is inevitably going to fail. And the reason is Hollywood. 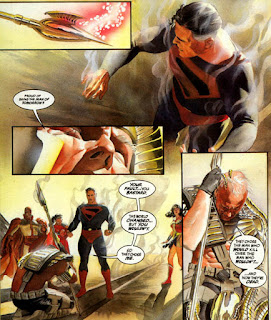 Anyone who is a regular reader of Superman comics would be able to tell you why the comics are good, and why they keep reading them. On paper it doesn’t make any sense: a person who has x-ray vision, laser-beam eyes, flies so fast he can rewind time, is invulnerable to everything except a rock that can’t be found in our solar-system, how could someone like that possibly have any conflict that could even remotely be considered fair? Besides a few instances where Superman met his match, and the writers deliberately put Superman at a disadvantage, the focus of his stories aren’t about the fights, or the external conflict, it’s about the internal conflict. What species of moral dilemmas are introduced when a being who can kill anyone with a glance is fundamentally opposed to killing? What happens when an evil villain will kill anyone and everything to achieve their goal, and stopping them would require people’s deaths? 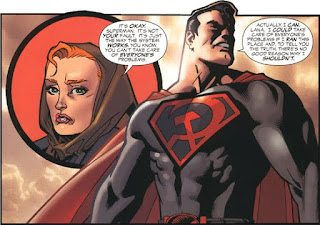 Those are the kinds of questions the comics explore. Yes there are epic battles and fights, but those are stops on the trail to explore the characters, not the other way around. Take the character of Superman from Red Son. Instead of crash-landing in America, Superman lands in Soviet Russia. How much more complicated do his questions become when he’s a communist?

So when I walk into the local Logan theatre to see the movie Logan (yes I know), I wasn’t expecting it to explore characters in the way they did. How deep can you dive into a character who has already had three of his own movies? And I certainly wasn’t expecting a western.

You read that right. Logan is a western movie. Now, when people hear the term western, they think of horses, shootouts, and whiskey shots. But westerns are more than that, westerns are a style. They are typified by the old brooding male protagonist who hates the world and gets called to save someone or something, and ends up shedding his rough exterior to show a soft, caring, broken person beneath. Halfway through the movie Logan even gives us a long look of a western being played on a TV, probably in the hopes that the audience will take the hint. I mean, look at this promotional poster: 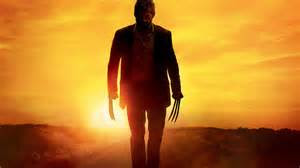 I didn’t come out of Logan thinking “Wow, those fight scenes were cool.” In fact they are exactly what you would expect from a movie starring Wolverine. I came away having just explored the mind and life of Logan and was rewarded with a deep and emotional experience. It’s all there in the title, actually. The movie is about Logan the man, not Wolverine the invincible human wrecking-ball.

So there it is. Logan was a better movie than almost every other recent superhero movie because we could relate with the main character, feel sorry for him, and cheer for him. Superman is always going to be a disappointment because we cannot relate, we can’t feel sorry for the demigod, and half the time we’re cheering for the bad guy to see if he’s up for the challenge. In fact, if you have seen the new Justice League trailer, someone is suspiciously missing…

So when I say Hollywood has painted itself into a corner this is what I mean: Hollywood wants to make money making superhero movies, and to do that they need to make them funny, action-filled, piles of quick-witted nonsense that appeals to the larger audience. But they also want them to be good, and faithful to the source material (in other words: actually have a story), which means they need to be slow, thoughtful, stories with actual moral conundrums (not the Tarzan mentality of  ME: GOOD YOU: BAD. I PUNCH YOU). And with Wolverine and Superman, they can’t have both. With Logan, however, they took a chance and I think it really paid off. Let’s hope everyone else was paying attention.