Napoleon Bonaparte is an Inspiration

One of the first things I hear when I mention that Napoleon Bonaparte is one of my heroes is, “Uh… ok.” or  “Didn’t he cheat on his wife…?” etc.

Without getting into too much detail, I think it is an unfortunate opinion in our modern times that we can only like, or respect someone if they are wholly perfect. Or, if someone has been labelled as a “hero” or “great person”, then the discussion is over and anything in their history that is less than that is simply hate speech, or means you are trying to destroy what they fought for. 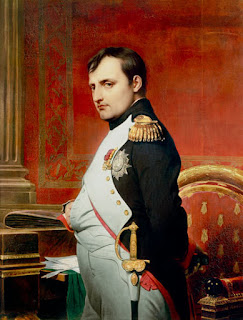 For example: Nelson Mandela. Was he a great man? Undoubtedly. Was he perfect? Most certainly not. But pointing out any of his imperfections suddenly aligns me with the apartheid supporters. Which is obviously untrue. I believe Obi Wan said it best when we argued with Anakin:

“You’re either with me, or you’re my enemy.” Anakin Growled.

“Only a sith deals in absolutes.” Obi Wan replied flatly.

And I think the same argument works both ways. We should be able to find the good aspect of everyone’s lives, and we should be able to forgive anyone of their faults. I can enjoy a filet mignon with a side of sauerkraut and ignore the sauerkraut. Nobody is perfect, and nobody is wholly evil. Argue all you want, but find me one non-divine individual who was born perfect and died without wronging anyone, or someone that was born and died with evil in their hearts.

Can I admire the things that Napoleon achieved without wholly supporting the other aspects of his life? I believe I can.

I said I didn’t want to get into too much detail…and I disappointed myself! The reason for that introduction was that one of the things I love about Napoleon was the way he spoke (and wrote). Everything he said and wrote to family, friends, and enemies was calculated to arouse the exact feelings he wanted. Even personal communication he knew would one day be read by others, and used the words he wanted to illicit specific images and emotions. His famous speech to his Old Guard on April 20, 1814 before fleeing France into exile was one such calculated discourse, and an inspiration for Marcus’ speech in Annals.

The speech, in its entirety, is as follows:

“Soldiers of my Old Guard: I bid you farewell. For twenty years I have constantly accompanied you on the road to honor and glory. In these latter times, as in the days of our prosperity, you have invariably been models of courage and fidelity. With men such as you our cause could not be lost; but the war would have been interminable; it would have been civil war, and that would have entailed deeper misfortunes on France.
I have sacrificed all of my interests to those of the country.
I go, but you, my friends, will continue to serve France. Her happiness was my only thought. It will still be the object of my wishes. Do not regret my fate; if I have consented to survive, it is to serve your glory. I intend to write the history of the great achievements we have performed together. Adieu, my friends. Would I could press you all to my heart.” 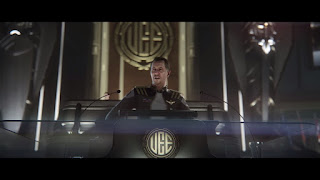 What pathos! How many times did he plan this speech before he finally left France? My guess it was more than once. And most certainly not improvised. Here is the first draft my my version:

“Soldiers of the Fifth Legion, Imperial Dragoons, I bid you farewell. For fifteen years i have had the pleasure of constantly accompanying you on the road to honor and glory. In these latter times, as in the days of our trials, you have undoubtedly been models of courage and faith. With soldiers such as you our cause could not have been, and indeed will not be, lost; but the war against evil will continue interminable. I have sacrificed all of my interests to the ideals of my country, as I know you have as well, my friends. Those of you who have dedicated your lives to uncertainty, and did not hesitate to face the danger of these worlds alone, I will not ask to make this final sacrifice.
I go, I will continue to the Sides of the North, but you, my friends, will continue to serve the Empire. Her happiness was my only object, and it will still be the desire of my wishes. Do not regret my fate, should the gods see it necessary I survive, it will be to serve your glory. I intend to write the history of the great deeds and marvels we have achieved together. I wish I could impress the image of each of your faces upon my heart, and I regret that I cannot.
But know this, noble servants of honor and justice; should you choose to continue with me, your reward will be court martial and disbandment. I make no secret of the horrors that await us either, nor of the death that pursues us. I cannot say how many will perish, and how many more will never hold office or station in the Empire again.
I make the case plain before you, I say: should you accompany me onward, there is no hope of escaping. If you fight you will conquer, but if you flee you will fall. For we die today not only for our friends and family, but for honor, for justice, for the right. For our gods and our forefathers, and men before them. So pray to them to make us victorious.
The Empire is under attack, and her heart will soon be under siege, and I am leaving her in the hour of need. I fully intend to return when I can, but this I cannot, and will not, guarantee. There is still time for those who desire to make her rescue, but I leave on the morrow, and to those who do not continue: I love you no less. But to all of you who forge ahead at my side, let all the worlds tremble as they sense all you are about to accomplish! Onward brethren, on to the victory!”