By Aaron J. Webber February 11, 2017 January 25th, 2019 Writing
And for many reasons, this book shouldn’t exist.
Let me explain. There are billions of people in the world, and we all want to be the best at something. Some of us are the best. I am not one of those people. Don’t get me wrong, I’m not complaining, I’ve had a pretty good life and I’ve been extremely blessed. But it’s just the statistics of reality that we can’t all be the best. Some are destined for a life of mediocrity. Enter young me. I guess all the oldest-child-in-the-family out there understand that we kind of have to learn everything the hard way, most of what we do is a trial run, and by the time we know how to do it, the time is already over and we’re on to the next test. I played football for two years in high school, but I never got to set foot on the field except for a few times. I was in a few acting and drama classes and groups, I did well, and I even got the lead once in Jr. High, but that was when they needed something to justify the budget, and we didn’t have microphones that worked in the large auditorium. Which didn’t matter because the seats weren’t nearly halfway full on either of the two nights. My brothers and I earned our black belts in Tae-kwon-Do, but I still got thoroughly beaten at competitions. I didn’t get the best grades in my family, but I still got into the university I wanted, Brigham Young University. I loved school, I love learning, and I wish I had more time to sit and learn; to fill my noggin. 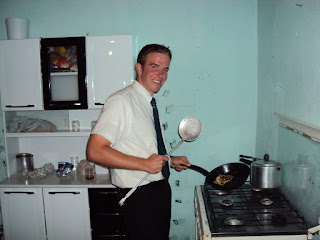 I took a break from school to serve a two-year mission for my church in Brazil. I am happy with how I did there; I served the people, and helped everyone I could. The whole time I tried to be like the other missionaries I served with who were so much better than me, and that helped me improve, but stronger people did some good on a much bigger and deeper scale than I ever could. I returned home and applied to the business college at BYU, hoping to by successful like my father. I was denied. I played three years of rugby for BYU, they won three national championships while I was there, but I was never on the field when we won. I married an amazing woman, definitely my better half (I’m still convinced she married below herself), and while I try my best to be the best husband possible, I know there are men who do a better job than me with their own families. Am I sad? Not at all. I’ve certainly received more in my life than I deserve, and I’m thankful to everyone who has helped me along my way. But the pressure we all have to be the best was always there; never realized. 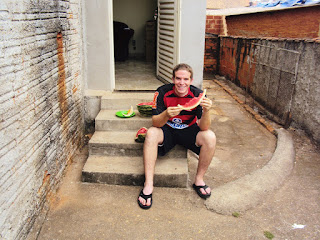 I guess that’s part of the reason I’m writing this book. While I served my mission in Brazil, I would write short stories while waiting for the bus, or while sitting in the hot sun waiting for a family to come home. Short paragraphs, or snippets of stories I daydreamed about. It wasn’t until some time later I realized that all these characters, these locations, and events, all lived in the same world inside my head, or rather, in my heart. So I set to writing. These characters who were whispering sweet nothings in my notepad under the hot sun, now poured onto the page. The locations grew into beautiful scenery, and the short conversations became plots and wars and deep friendships.

Everything I read or watch always starts me questioning: “What would Dr. Swinehouse do in this situation?” or “If this happened in my universe, how would the people respond?” It’s almost as if I have a completely separate, yet no less real world inside my head reacting to everything I see and hear.

The name of the book at the moment, is Annals of an Empire. It is a sci-fi novel, but I don’t want it to focus on the technology, as much as it does on ideas, people, and places. I want people to be able to dive into a living world and actually believe that it’s a place that can really exist.

I’m not writing this book to get rich, I’m writing because these characters are like family to me now. I’ve seen them grow up. I’ve shared their heartaches, their struggles, and their triumphs. I’ve tried to introduce new love interests, and felt them resist; I attempted to change how a scene plays out, but their personalities wouldn’t let me. Once I started putting them on paper, they took on a life of their own. I created them, but I know oftentimes they guided my pen for me, correcting me when I tried to make them do or say something that wasn’t “them”. I know nobody else in the world could share their story better than I could. That is something I know I am the best at, and I wanted to share them with you.
Next Post