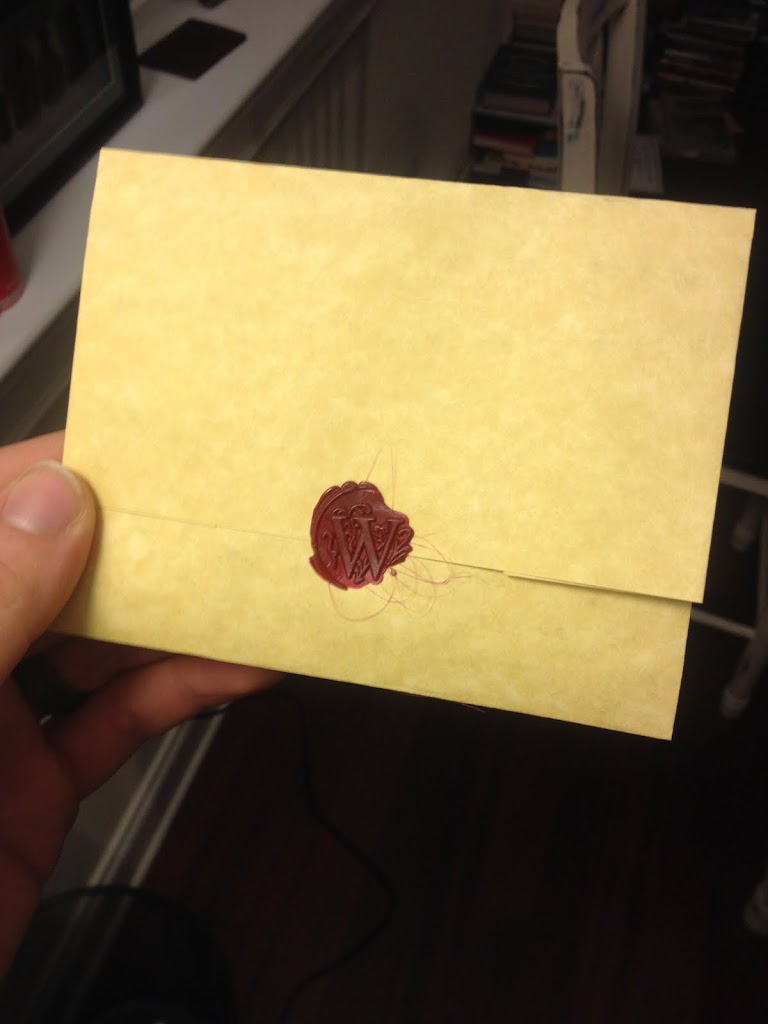 As I’ve mentioned in the past, I’ve taken up calligraphy as a very minor pastime.

I say minor. I’m not doing it to show off. Obviously.

I can’t remember what got me into it initially, probably a boring afternoon when I was looking for something to do… next thing you know I have a pile of books, a pack of calligraphy pens next to me, an open inkwell, and an inclined table specifically used for calligraphy (imagine those old tables you see in medieval movies with monks writing painstakingly slow manuscripts of scripture. Same thing essentially)

I admit I have slowed down recently, only breaking out the ink and nibs every once in a while for a special occasion. But I enjoy it no less than when I initially began.

This is one of my earlier attempts (probably about a year and a half ago) of a birthday card for a friend. I had spent so much time on making sure the name was right that I ran out of time on the actual letter, which is why it looks like the rest was written with normal pen in a rush… which it was.

I use heavy parchment paper when I practice, and you can see the true color in the first photo after it has been folded and sealed with hot wax and a “W” for Webber. 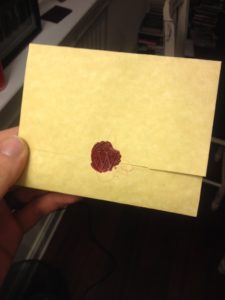 My normal penmanship has improved since this time, since it is terrible form to have calligraphy and bad handwriting on the same page! So don’t look at anything else besides the name itself.

The only thing I like about it, now that I look back, is the “N” at the beginning. The other letters are all out of proportion, and much to thick for the height at which I made them. But, hey, what can you expect for a first try at a letter for someone I don’t even talk to anymore? 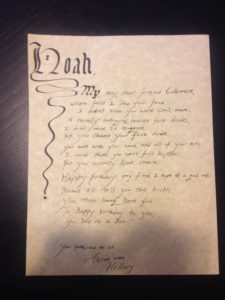