A Kite Flies, and Art is Beautiful, Because of Rules

Some time ago I watched a video that appeared on my Facebook feed. Since I fancy myself some form writer, and work with a lot of artists, the video piqued my interest, and I actually turned on the sound to listen (which I rarely do, since most of the videos on Facebook are junk).

The video didn’t draw my attention because I thought it was interesting, or educational, or funny, but because the first ten seconds were incredibly stupid and patronizing, and I wanted to see how far this rabbit hole of stupidity went. I have included a link to the video below, on Youtube.

For those of you who have more respect for your time than I do, allow me to quote some choice lines from the artist who is both the subject of the video and also the narrator.

“Since I was a little boy, I was curious about art. I didn’t understand it, because I couldn’t find its rules. But for arts, there are no rules like there are for math and grammar. It’s a field without conventions, and that’s what makes it so exciting for me.”

How does that make any sense?

To be fair the video continues on and the artist spouts off some typical motivational dribble about following your dreams, and being different, and so on. But who’s idea was it to start the video with this nonsense? Clearly it wasn’t an artist, or the artist in the video, and if it was he clearly doesn’t know what he’s talking about. And I feel most other designers, artists, writers, or whatever, would agree with me because…

Art is beautiful because there are rules.

Obviously his art is overflowing the with the correct use of a lot of the rules of art with which we are familiar. By saying he’s breaking new ground, and working in a field unhindered by rules, is stupid, and insulting to everyone else who actually understands what they are doing.

I don’t want to limit this analysis to just painting and traditional art. The artist in the video even mentions that there are rules in grammar and math, and isn’t this what makes the correct application of these rules so beautiful and engaging?

Why are artists and graphic designers, and web developers paid so much for what they do? Why do we grow up wishing to be a famous artist, actor, or musician? Because they know how to use these rules to create something beautiful, they know which rules work well together and, more importantly, when to break them.

An artist knows that yellow and blue make green. That seems like a solid rule.

An actor knows that facial expressions are more important than the scripted words. Seems like a rule.

An architect knows that tapering a column towards the top make a more appealing sculpture. That’s an ancient rule.

A photographer or a graphic designer knows that the human eye perceives beauty in the golden mean. That’s definitely a rule: 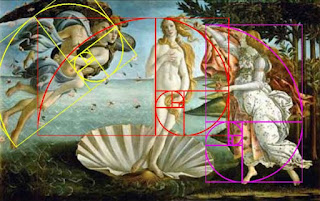 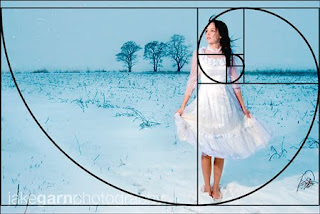 Though I’m not a fan, I recognize this is why “modern” art became so popular so fast: because it takes a skilled artist to recognize which rule to break and when. You can’t just do whatever you want, you’ll end up with chaos, a mess. And you can’t just decide that one rule isn’t important for no reason, that makes it ugly. But by breaking the right one, some amazing modern art, sculpture, and paintings have been made, and draw huge crowds at museums to this day.

Why was Shakespeare so famous as a playwright? Because he understood the rules of grammar and writing and meter so well that when we chose to break rules he knew exactly the effect it would have on the audience.

Rules are good, rules help us make sense of what is happening. I remember when I really learned the true importance of rules in math when I saw a Mandelbrot Set.

As quoted directly from Wikipedia:
“The Mandelbrot set is the set of complex numbers c for which the function

does not diverge when iterated from z=0, i.e., for which the sequence

My, that sounds like a lot of complicated rules. But what happens when we see these rules of the Mandelbrot set rendered on a graph, in color? Behold: 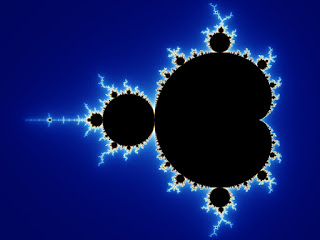 But wait, it gets even better, by continuing to apply the rules, further and further (rendered in videos as a “zooming in”) we get images like this: 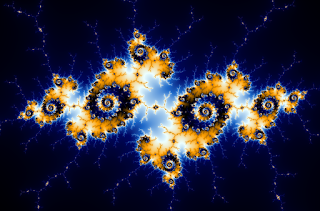 and these, known as “Julia Islands”: 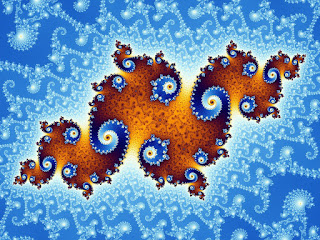 and this, known as a “seahorse tail”: 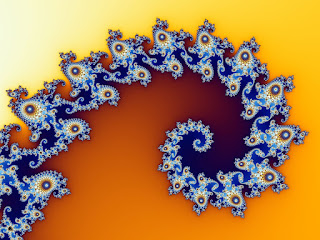 And the list goes on. In fact, there are so many applications of this specific set of rules that entire classes revolve around them, and mathematicians are dedicated to its study and development. How sad it must be for these people to have to deal with these pesky rules.

I think about it this way: the reason a kite can fly in the wind isn’t due to the strength of the wind, the size of the kite, the design, the location, or anything like that, it’s because it is tied to a string. I’ve seen hundreds of different kite designs, some with tails, some without. I’ve seen kites fly in no wind, and some in storms. But every single one had to have someone with a string at the other end or it would crash. 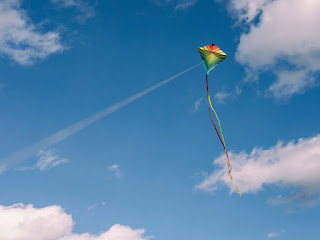 It almost seems count-intuitive. But it’s a rule. As much as a kid might cry and yell that he wants it to go higher by cutting the string, the only result will be a kite stuck in a tree or falling to the earth. By tethering the kite to the ground, or your hand, you allow it to fly, and be beautiful. We need rules to create art. Art is the correct application of rules, and trying to get around them, or ignoring them, is like trying to fly a kite without a string.